In All, Home, Lifestyle

There’s nothing like a good book for those cozy winter nights, especially once the craziness of the holidays has passed and the long winter days of January have begun. There’s been a recent resurgence of great historical fiction and non-fiction about WWII in recent years, and many of them are worth checking out!

If you’re interested in gripping tales that can remind you of hope, of thankfulness, and of faith, here’s a few suggestions to add to your reading pile for this next year.

The Tattooist of Auschwitz by Heather Morris

From the mountains of Slovakia, a Jewish young man is forcibly brought to the most infamous of concentration camps and finds himself inflicting upon new prisoners one of the most enduring symbols of the Holocaust–the ID numbers used. In a daring story of providence, love in the midst of suffering, and hope against all odds, this story–written about the experiences of Lale Sokolov–will give a new bittersweet view into one of the most harrowing and evil times in human history.

The Orphan’s Tale by Pam Jenoff

A story that starts before the war, this book traces the lives of two women–one barely more than a girl, who finds herself in trouble and supposedly bailed out by her perfect Aryan looks, and one a Jew married to a high-ranking German officer as the war is just getting started. Both meet in the most unlikely of places–a German circus–and start a relationship that turns from distrust and hatred to something that leads to the deepest of love and sacrifices.

We Were the Lucky Ones by Georgia Hunter

When Georgia Hunter started to get together with her large, boisterous family–Jewish aunts, uncles, and cousins from all parts of the globe–she started to uncover a miraculous tale of this Jewish family in Radon, Poland, and their incredible journey through World War II. This book follow the five Kurc siblings and their parents through their times from the ghetto, to Siberia, the shores of Israel, and all the way to Brazil. It offers an amazing look at just how far family love, devotion, and faith can go against insurmountable odds.

Beneath a Scarlet Sky by Mark Sullivan

A true story about a young hero from the mountains of Italy, this story follows young, brash, girl-crazy Pino as he comes into manhood during the time of the German occupation in Italy and the long, drawn-out battles involved in freeing this beautiful nation from Hitler’s and the Fascists’ grips. From the goat trails in the Alps, to the secret defenses of the Germans, to Mussolini’s hideout, Pino experiences all the ravages of war, love, and loss that so many Italians faced during these years. It gave me a new understanding of the battle that went on in this ocean-front nation, both from without and within.

The Nightingale by Kristin Hannah

A work of fiction, these characters will endear themselves to you and your mind as only the best of fictional characters can. This story traces two sisters and their lives in occupied France, the different loves they feel, and the different battles they face. This book conveys the extreme hardship that was endured by the French during these years, the slow suffering it caused, and the heartbreak endured. While some fought loudly as spies, and some quietly as mothers taking in orphaned children, this story focuses on the women who were left behind to fight a battle that seemed to never end. The story will leave you in tears of the best kind, and is a definite must read for a new glimpse into this side of the story.

So, now it’s time to brew that cup of tea, find a comfy place on the couch, and crack open that first book of the new year! Don’t let the tasks of the home keep you from enjoying some of these cold winter nights–when it comes to organization and clearing out space (both mentally and physically), we at Self Assured Storage are experts in containing your things in our safe, spacious storage units until you need them again. Give us a call today for us to help you get over the holiday chaos and into your favorite place by the fire! 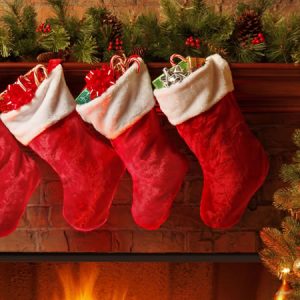 Tech Gifts for the Person… 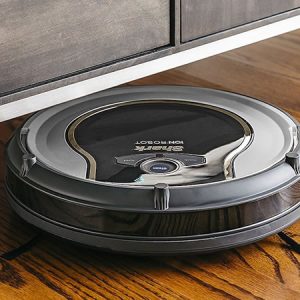