In All, Family, Home

We all enjoy watching those shows about or reading articles of families who did a little digging in some old boxes of family heirlooms and came across something valuable. Chances are, if you have some boxes of old toys sitting around in a basement or attic, the next person that happens to could be you!

As crazy as it may seem, there are actually people who will pay high prices for hard-to-find toys from their childhood. We took a look at what some of the most popular ones are–here’s some you may have sitting around your house brought to you by Neighborhood Self Storage Junction City KS!

Probably purchased for just a few cents back in the day, you’d be surprised to know that old, empty PEZ dispensers can be worth quite a lot–in 2006, one PEZ dispenser that had been made in 1982 sold for $32,000! Have some of these laying around? Check out this article to find out which ones are the most valuable.

In 2011, Sotheby’s hosted an auction for the original, hand drawn, oil-cloth Monopoly set which has belonged to the game’s inventor, and the game sold for $146,500–almost twice the amount they predicted! While that was a one-of-a-kind find, other vintage sets from the 1930’s can sell for thousands, and limited edition sets for several hundred dollars.

In today’s American Girl Doll stores, a new doll will cost you $120–but if you have one of the original four dolls (Felicity, Samantha, Kirsten, or Molly), along with original clothes and accessories, you could make up to $11,000 like some other sellers.

Handheld electronic games have come a long way over the years, but some people still find themselves looking for the games of their childhood. Mint condition original Game Boys can sell for hundreds, and recently a mint condition Game Boy Light sold for over a thousand dollars on ebay.

First invented in 1967, this toy involved putting small, plastic pegs into an illuminated board. While they have been remanufactured for today’s kids to enjoy, older sets from the 70’s and 90’s can sell for up to $300 today.

Many of us can probably remember pouring over the Playmobil catalog, and playing with our Playmobil school bus or playground. These retired sets can fetch a good amount on ebay, thanks to parents wanting to relive these memories with their kids today. Bigger sets especially, like the Victorian Dollhouse or Knight’s Castle, can be worth hundreds of dollars.

The first happy meal toys were introduced in 1979, and since then there have been billions of happy meals with toys tucked inside and delivered to happy kids. Depending on which toys you still have, they could be worth something. Here’s a list of 15 of the most popular happy meal toys on ebay right now.

If that’s not enough motivation to tackle some of those storage areas with boxes from who-knows-when piled up and gathering dust, just think about how good it would feel to finally get those areas cleaned up and organized!

If your storage needs are outgrowing your storage areas, give us at Self Assured Storage a call! We can set you up with small unit to get the clutter out of your house, and keep it safe until you’re ready to go through it! 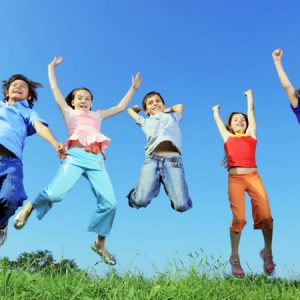 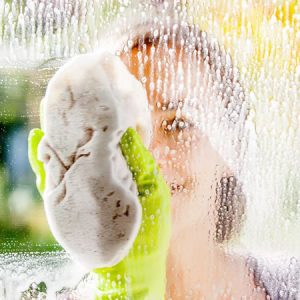 Spring Cleaning Plans to Make with Wyoming Self Storage Units