In All, Family, Lifestyle, Travel

An RV is the best way to see the country from the comfort of a “home away from home”, but not all RV trips need to be merely relaxing. Going on a trip to see some historical sights is one of the best ways to combine the comfort of an RV vacation with an educational and enlightening experience with RV Storage Junction City KS!

It may be a bit of a drive to make it out to the east coast, but once you’re there, there are weeks and months worth of historical sights to see. It’s a great spot to spend some of the summer, with cooler temperatures and beautiful, green scenery at every turn! Here are four of our favorite cities to take the RV for a bit of history and fun.

This beautiful city on the ocean in the heart of the South was founded in 1670 by the British as a small seaside village. By the time of the Civil War, this wealthy city became the birthplace of the bloodiest years in America, when Confederate soldiers opened fire on Fort Sumter and the Union soldiers inside. The following years and war devastated this once beautiful city, but because of the cost of repairs after the war, the city was mostly patched up instead of rebuilt, which helped preserve some of the pre-Civil War architecture that can still be viewed today.

There are a handful of parks located on the outskirts of the city, the most notable being Edisto Beach State Park along the coast. While in Charleston, make sure to check out the Fort Sumter National Monument, Battery Park, Charleston Market, and the many walking tours available of the city (including the ghost tours!) Charleston is considered by many to be one of the most romantic cities in the United States, which combined with its fascinating history makes it a fun destination for couples and families.

This small town offers visitors one of the longest glimpses back in American history, predating the European settlers all the way to the Indian populations that first inhabited the land. After being founded as a settlement in 1607, it continued to be in the center of American history through politics, education, battles, and the economy.

Multiple days can be spent touring Historic Jamestown, the Jamestown Settlement, Colonial Williamsburg, the American Revolutionary Museum at Yorktown, and the Yorktown Battlefield. There are quite a few campgrounds to choose from in the area!

Of course, a trip to our nation’s capital is a must on any historical trip, and this area is surprisingly RV-friendly! The opportunities to tour and learn in this city are endless–some that top our list are the National Gallery of Art, the National Air and Space Museum, the United States Holocaust Memorial, the Smithsonian National Museum of Natural History, the Lincoln Memorial, the Korean War Veterans Memorial, and the Vietnam Veterans Memorial.

For one of the earliest looks at our nation’s history, a trip to the city of brotherly love is a must. Campgrounds are located throughout the city, including one downtown. One of the best attractions is Independence National Historic Park, which is an urban park containing famous attractions such as the Liberty Bell, the Benjamin Franklin Museum, Carpenter’s Hall, and Independence Hall.

Nothing can compare with walking along the paths and into the buildings that some of America’s most famous founders once occupied, so a trip like this is a must-do for any family–and an RV is the best way to do it! Affordable and comfortable, an RV vacation allows a relaxed look at some of the oldest cities in our nation, letting you take your time to soak in all the sights before returning home.

When not on the road, it’s important to keep your cozy home on wheels safe and secure for your next big adventure. If you’ve never considered RV storage, give the experts at Self Assured Storage a call today! We can get your RV tucked in safe and sound until your next big family adventure! 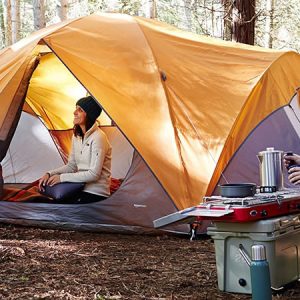 Finding a New Doctor after… 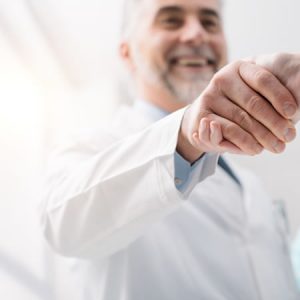 Finding a New Doctor after Moving with Wyoming Self Storage